No one, especially not 44, would expect what followed after the invention of the ‘Super Entertainment Network Systematic Active Technological Interactive On-track Node’, which was eventually shortened to SENSATION for obvious reasons.

Eugene Gilbert Dwight, creator of SENSATION, sat smugly at his dusty computer watching the latest advertising video that would draw in millions of dollars to the company. It would also make a tidy increase in his personal bank balance over the next few months. Eugene pushed his thick glasses further up the bridge of his nose, clicked the end video link and sat back in his desk chair that had seen better days. He grinned until his face hurt.

Carl Preston’s an okay boss I suppose but he only climbed the ladder of success with out-dated software games. He rose and put on his jacket still smiling. With his hands shoved deep into bulging pockets of his baggy trousers, Eugene left cubicle 44. He strolled with his head held high between endless rows of doorless cubicles. Each cubicle was numbered and accommodating an unknown geek working monotonously in their narrow workspaces. At the far end of the long building he knocked on the door of Preston’s eight-by-eight square air-conditioned office.

‘You wanted to see me, Mr Preston?’

Eugene sat but he left his hands in his pockets. He fidgeted with an iPod in one pocket and his mobile phone in the other. He preferred multiple gadgets; not like these new all-in-one inventions they had been selling in this dump lately. He relaxed. It was a good feeling to know that SENSATION is too perfect for a delayed unveiling.

‘We have a media release tomorrow for SENSATION’, Preston was saying while continuing at his computer. ‘We’ll be using the video I emailed to you this morning.’ He sat back in his chair. ‘However, after considerable negotiations with both the Executive Management of this company and the media, it’s been agreed unanimously that I will represent SENSATION at the press conference.’

With hands suddenly still within his pockets, Eugene stared at his supervisor in disbelief. ‘But it’s my invention. You know how hard I worked on this project. I worked unpaid overtime for six months to develop SENSATION to perfection before I revealed it to you.’

Preston sighed and raised his hand, palm forward. ‘I know, I know.’ His voice more relaxed and sincere. ‘This is business Eugene. Your place is working on your next invention. You’ll be rewarded financially for your design and efforts, but you have known from the beginning, whatever is invented in our workshop belongs to Super Techno Entertainment. Plain and simple.’

Preston returned to his business tone. ‘Life’s not fair 44, but a contract is a contract. I’ll send a copy of the paperwork you signed when you joined the company eight years ago if you want.’ He paused to lean forward. ‘I’ll tell you what. I’ll ask if your name can be mentioned as part of the team for the invention. It’s the best I can do. I have also informed 3 to swap with your cubicle after work tonight. I need a good man nearby. What do you think? It’s a huge promotion from 44.

Eugene was still absorbing the team part. ‘Team? What team?’

Preston offered a little further expansion on his offer, which Eugene considered reluctantly, but he was still annoyed over his lost chance to make Eugene Gilbert Dwight known in the technology circles via this press conference.

Preston’s tone became serious. ‘It’s a take it or leave it offer.’

I guess that $10,000 bonus will help me out.’ A little self-esteem returned as he shook Preston’s hand.

‘I’ll see you again after we complete the press conference and media release,’ Preston said as he stood. ‘You’ll be the first to see it.’

Eugene stood and forced a smile then left.

‘Oh, and Eugene’, he added apologetically. ‘Don’t forget to empty all the rubbish bins in the workshop every day. It’s part of cubicle 3’s allocated duties.’ 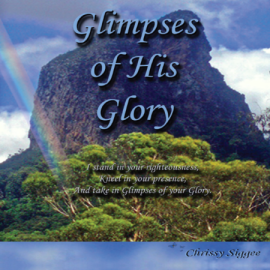